What about Burundi and how to solve the running violences today ?

Since may 2015, 13th and 14th, when some military forces tried an aborted “Coup d’Etat” in Burundi, the country is now under the pressure of armed violences, especially in Bujumbura, the Burundian capital. We notice that this country is one of the poorest countries in Africa, and moreover, it is densely populated like the northern neighbouring country of Rwanda.

After the aborted “coup d’Etat” in may, the president Pierre Nkurunziza has been elected  for a new term of five years, ending in august 2020. Every politician in Burundi knows he will not over-push his term after 2020, according to the constitution. The parliament has a commitment to not allow the transgression of the constitution. But why so violences are still running in Burundi today ?

The opposition protests assume president Pierre Nkurunziza was elected against the constitution, knowing that during his terms from 2005 to 2015, people did not seat a moment to read and to precise what they wrote. What they called a “première période de transition” (fist period of transition) had no limit in that constitution. Therefore, the constitutional court considers that its end coincided with the first presidential election according to 96 article of that constitution : the direct election of the president by all legal aged people to vote in 2010. So Burundi started the direct universal suffrage instead of the indirect suffrage when the president was elected only by the Parliament in 2005.  According to that constitution, the president can be elected only twice. The second election for the latest term for Pierre Nkurunziza took place in july 2015. Therefore, the term from 2015 to 2020 is the second term according to the 96 article of the constitution, but it is the third period of presidency for Pierre Nkurunziza. There is no doubt about that. The opposition parties and some of the military forces have to wait and to prepare the presidential election in june-july 2020 instead of intensifying armed violences over the country. If misunderstanding still remains between politicians, there are so many judiciary ways to protest without killing daily innocent people. The political opponents in Burundi, and over the World and especially in Europe (France, Belgium, etc.) have to understand that “killing people”, “coup d’Etat”, “armed violences” are not democratic ways to come to power. Some of them had supported the “Coup d’Etat” of may 13th -14th, 2015 in hope of getting in government. As they failed, the try all of way of destabilization and so they could justify the next “Coup d’Etat”. To get in power is the main target of people involved in armed violences and criminal acts in Burundi. So they can hire some young people and use some army and police personnel to destabilize the gouvernment. Telling and calling on help by using "genocide" word is the way to justify using massive weapons to destroy their own country. Tutsi and Hutu both people have been killed in Burundi. African people have to wake up and to refuse everlasting civil wars for power.

On January 6th , 2016, the supreme court of Bujumbura has sentenced to life imprisonment 28 military and police officers, according to the penal code of Burundi. We can be sure they will be released in some ten coming years. When general Zénon Ndabaneze justifies the “Coup d’Etat” telling he was “defending the national unity, the constitution and Arusha agreements”, we wonder if people have really understood what is the content of democracy. No constitution over the wide world has allowed the getting in power through a “Coup d’Etat”’. And this way of coming to power is forbidden in the Burundi constitution as well.

Some political opponents in Burundi and over the world are developing wrong information about “genocide” in Burundi. Who has been attacked on the reason he is “hutu” or because he is “tutsi” ? We have to be clear as genocide is the highest crime against humanity. Nobody has to play and to spread such crime without being sure of proves. People have been killed in Burundi. Young and senior people have been killed. But “Who has killed who, and why people are being killed” ? The constitution of Burundi has planned the share of power between Tutsi and Hutu people. According to demographic statements, 30% in government and in public functions are occupied by Tutsi while they represent less than 30% of the population. Today, the problem in Burundi is not ethnic group-based. Therefore, there is no way to qualify violence as “genocide” crime,  but the government has to fight very strongly acts of violence and criminality over all of provinces in Burundi.

The “international community” such as African union, European union and United nations organization, and powerful countries have all responsibility to find out how to restore peace and security in  that small and poor country. The have to investigate and to understand very carefully “who is attacking who and why people are being killed” instead of amplifying wrong information spread only by opponents politicians and their supporters over the world. The African Union is on the headline to defend african getting to power through democratic ways. If not, it has means to rise African army to protect people, while the government does its best to develop the country. An african army forces of 5,000 militaries have been planned by the African Union to restore the security and to keep peace in Burundi. The time of  “coup d’Etat” is over. Africa has a lot of experts, historians, high educated people to advise on how and what to do to restore peace and security in any country in Africa. There are not people coming from Europe, America, Asia or from other far way continents to explain “what Africans are” or “what Africans have to be”. Burundi is a very poor and a densely populated country. People think that to get in power is the best way to survive or to get a lot of money. So armed violences and coup d’Etat are the way to frighten people and to ease the access to power. Therefore, the country needs a strong economical and social development. That is only the way to fight against criminal acts today.

How to get out of violence cycle in five principles :

1- Political and military forces opponents have to get a written confirmation that Pierre Nkurunziza will not be a candidate for his party CDD-FDD in presidential election of 2020. Therefore, they have to prepare, peacefuly, the next presidential election instead of intensifying violence acts today.

2- Political and military forces opponents have to clarify their political programme for the country, and why they are supporting armed violences against Burundi people. If they prepare a civil war, could they assume their military forces before the population of Burundi and the African union. To remove Pierre Nkurunziza could be a start of a very long civil war in Burundi... and Burundian citizens could never support such way of getting in power.

3- Dialogue is necessary to negociate the peace agreement. Therefore, everybody has to bring on the table the content of protests. The third period of presidency for Pierre Nkurunziza cannot be the reason to intensify a civil war killing people in Burundi. Political problems must be solved through political ways of negociation, and not through a civil war. Talking about "genocide" in Burundi is a nonsense today.

4- Burundians, like other people in Africa, need peace and security to improve their development. Political opponents have to prepare the general elections in 2020, and to set up a strong programme of development for their country instead of fighting with weapons for coming to power.

5- African Union forces can be called up to stabilize the country and to keep peace during the next four years of the present term, if violence acts go on. African forces have to secure the Burundi fragile democracy, until 2020 elections are held. Meanwhile, all african countries and european, american and asian partners of Burundi have to intensify their cooperation to rise up the economical and social development of that small, poor and densely populated country in Africa. Education, Health, Infrastructures, Having a healthy diet, Peace and Security are foundations of development for all of nations over the wide world. Let us assist Burundi in building up its development. Right now. 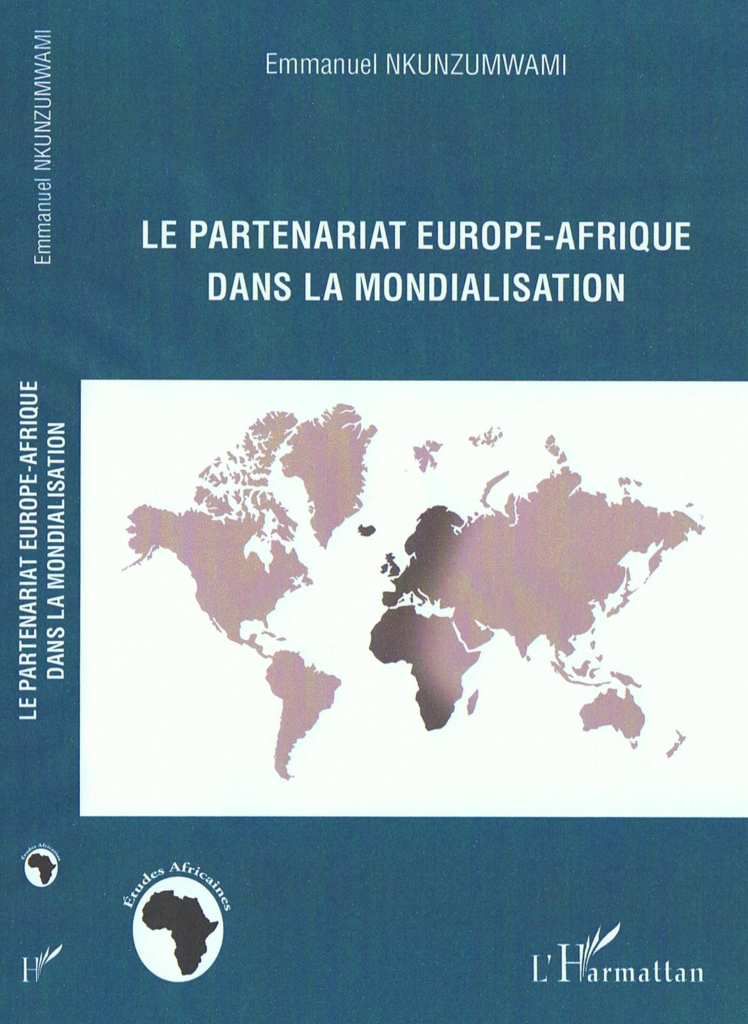 Commenter cet article
E
Emmanuel
12/01/2016 12:49
Dear Peter. We all pray for peace in Burundi. But we don' forget God, The Almighty and Peace provider for us, has set us free to make peace or not. Some kill in name of God somewhere in the world. And some others kill in Burundi in the name of restore democracy. Both of those people are wrong. Every leader in Burundi has to think of the future of 10,000 millions of Burundians who need peace and security to work for their families and for the development of their country. Therefore, let us pray for those who manage to disturb that peace.
Répondre
P
Petero
08/01/2016 20:40
Only God knows the truth about what is going on in Burundi, and has the durable solution. None can give peace to Burundian people except God. That is the peace we need, from him above and not from weapons! Weapons are for killing and not making peace!<br /> Lord Jesus Christ, I pray that you give your peace to Burundi. Amen and Amen!
Répondre
E
Emmanuel
12/01/2016 12:48
Non JC. Vouloir et rechercher la paix, ce n'est pas du bidon ! Posez-vous cette douloureuse question : "Quels sont les enfants qui meurent par rapport aux leaders politiques qui les envoient aux combats ?"...
J
jc
07/01/2016 17:39
Trop Bidon
Répondre
N
Nouvelle Dynamique
07/03/2016 09:52
You do not know what you are writing about !!!
Articles récents 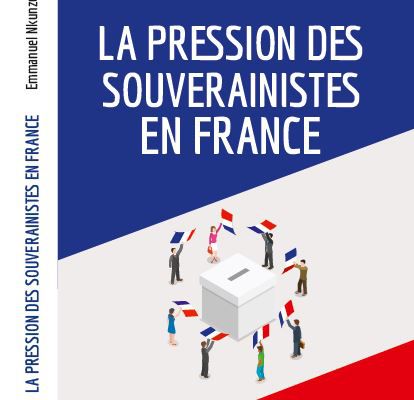